How much weather can we have in just a few weeks?

We are only half way through the month of March and we've had so much varied weather. Only this week I was up at WWT Martin mere, Lancashire where I was watching blue tits and tree sparrows checking out nest boxes in Spring like weather. This morning I woke up to a few inches of snow! It must be confusing for the wildlife. Over the last month I took advantage of the 'Beast from the East' formerly known as winter and visited the red kite feeding stations of Gigrin farm and Llandeusant several times. I've always wanted to photograph the stunning red kites in snowy conditions. I visited Gigrin as the first snows arrived and managed a few shots of kites feeding on the wing in the snow. 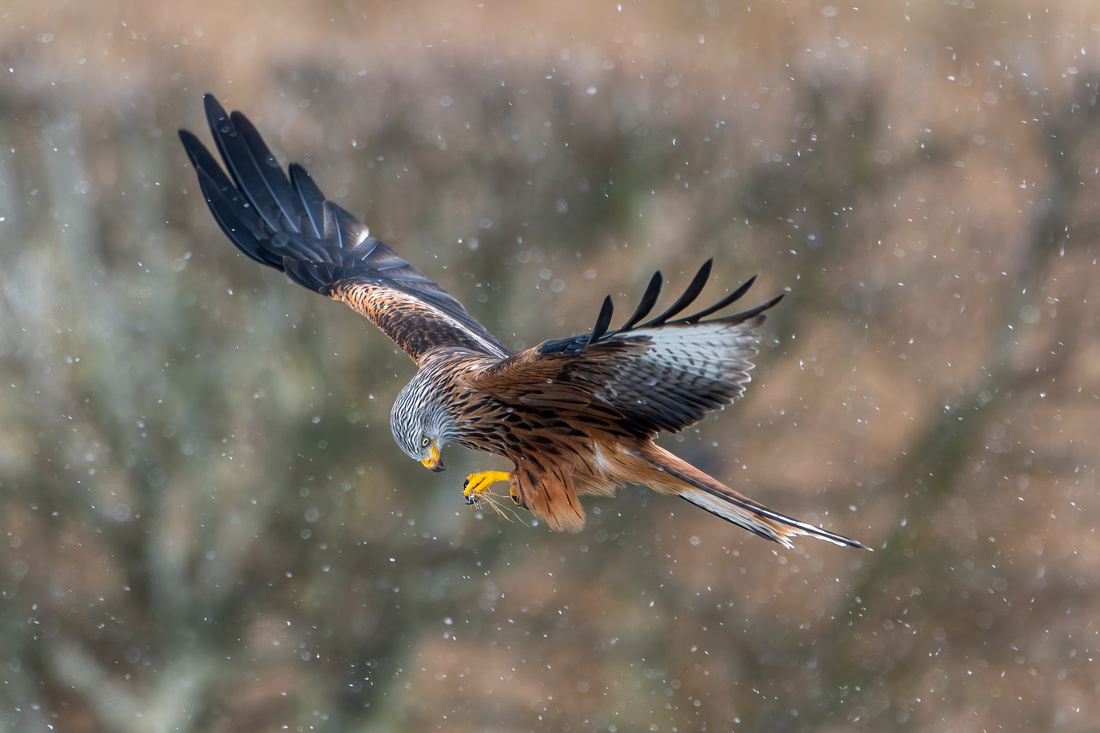 Red kite feeding on the wing at Gigrin farm, Rhayader.

Didn't have much luck with the snow at Llandeusant red kite feeding station but got an arty shot showing the birds natural surroundings. 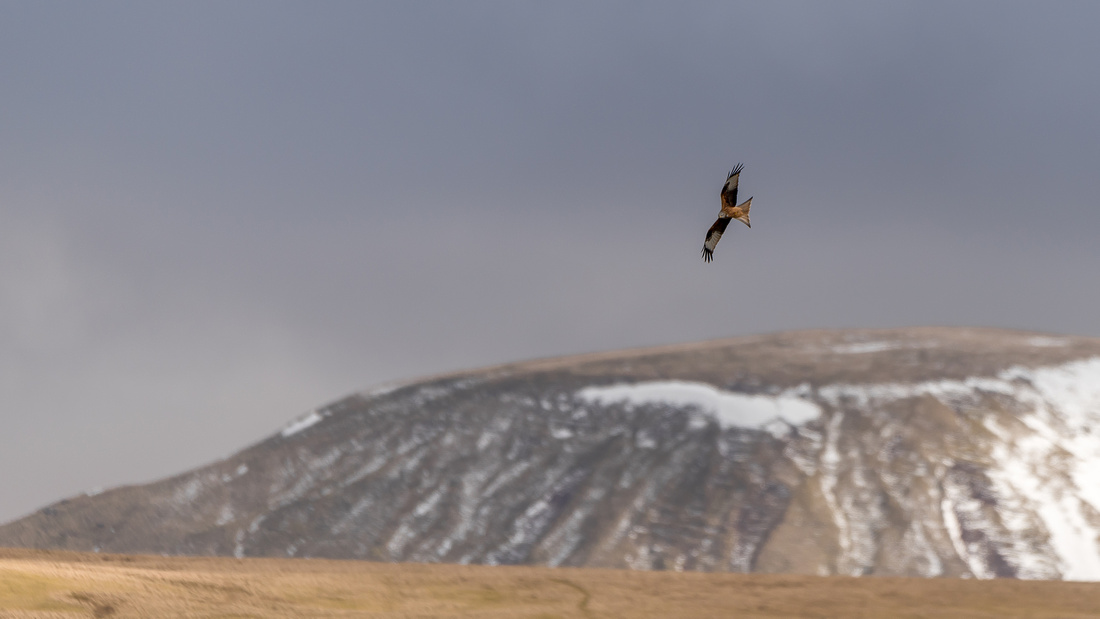 At least once a week I pay a visit to WWT Slimbridge to see what has called in but in this case most of the wildfowl had migrated back including all of the Bewick's swans. Luckily the resident birds made up for that. Three water rails were active under the feeders from the Willow hide and another two spotted from the Knott hide. 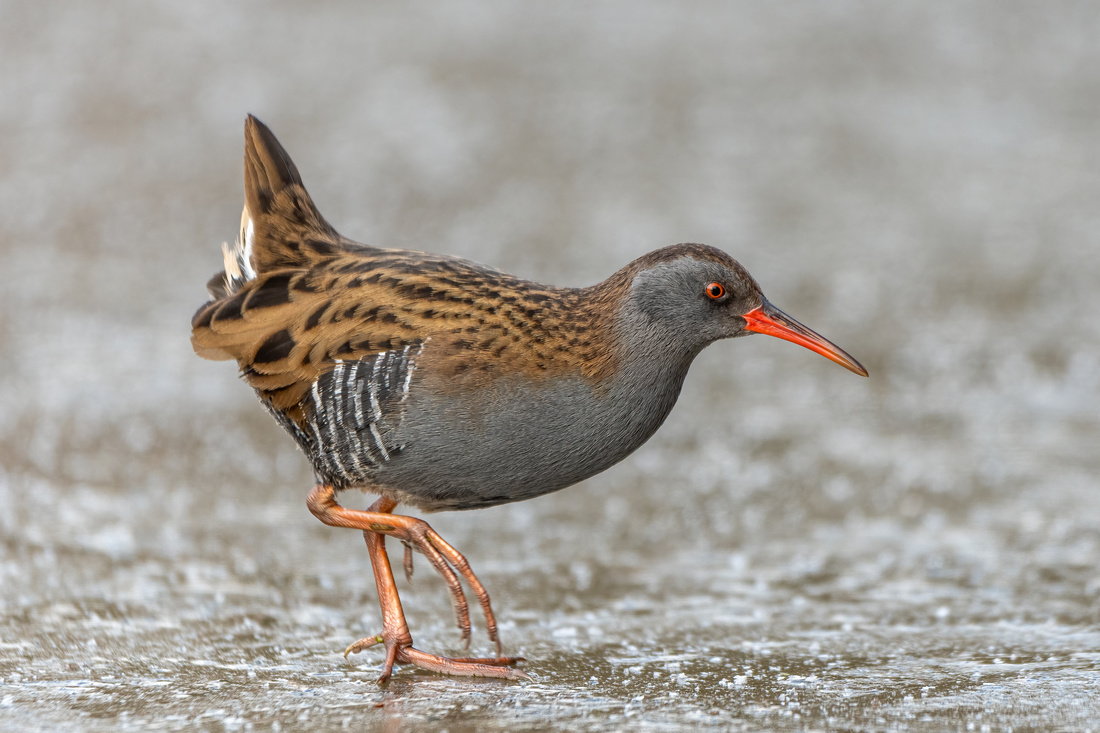 Water rail 'Dancing on ice' from the Willow hide.

Other waterfowl, snipe, oystercatchers and little grebes were all quite active. That's what I like about Slimbridge, there is always something to photograph whatever time of the year. 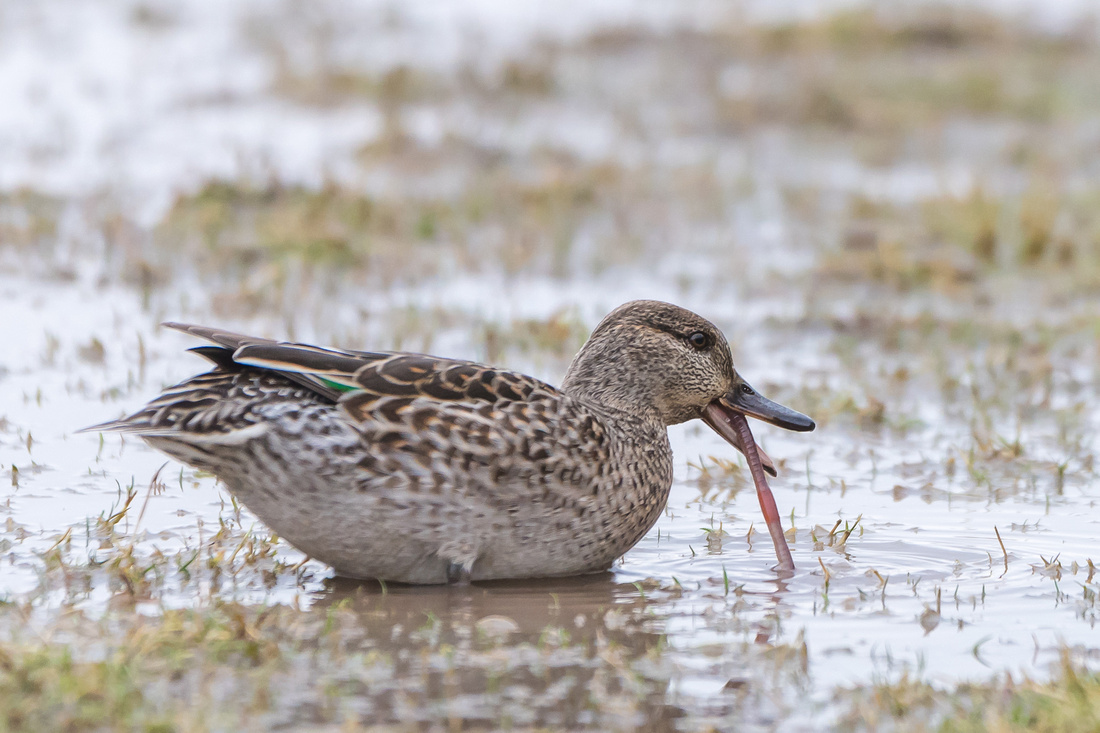 Mrs Teal wrestling with a worm from the Knott hide, Slimbridge.

I visited Parkend in the Forest of Dean which is known for its good numbers of Hawfinch. This winter has seen a large influx of these migratory birds to the UK. At Parkend you can photograph the birds from the luxury of your car! Other birds to watch for are chaffinch, greenfinch, nuthatch, song thrush & redwing. This is the best way to see these elusive birds as they are very 'flighty'. Now and again you get some people who still insist on walking round disturbing the birds but that's another story!. 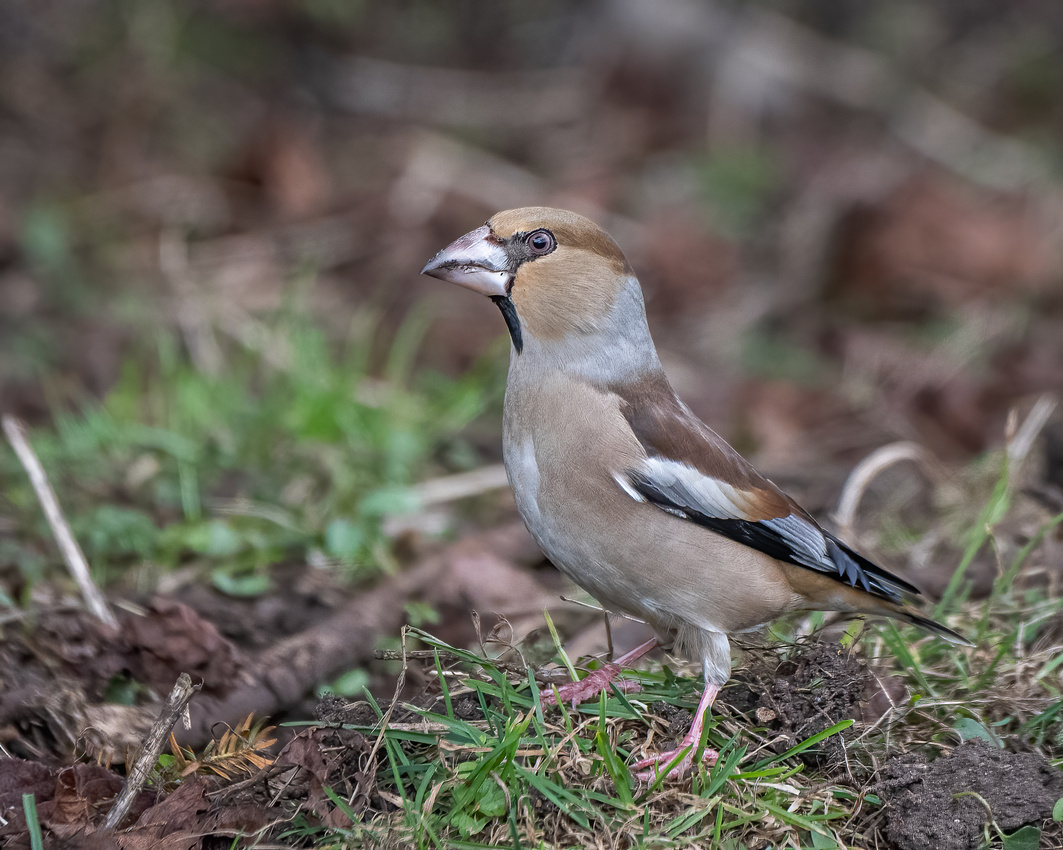 Paid a visit to my 'local patch' of Forest farm. Normally at the end of February the kingfishers start to pair up so I wasn't expecting many sightings. A few snipe were seen from the hides and the usual small birds. Went for a walk down the Glamorgan Canal on the reserve and there she was. Mrs Kingfisher fishing from the trees in the glorious Spring sunshine. 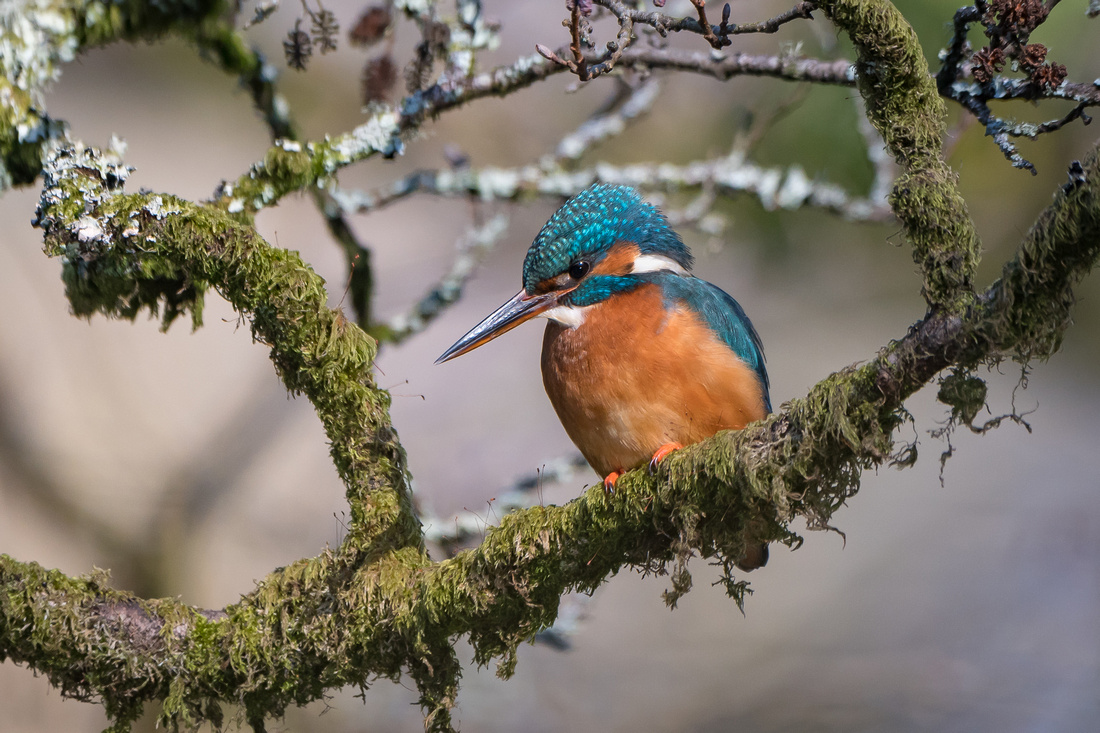 February sees the opening of The International Centre for Birds of Prey in Newent, Gloucestershire. A place I have visited over the last few years. It is a great place to get up close to various birds of prey and practise your 'bird in flight' shots. My favourites are the owls and kites. It is not just the flying of birds the centre does. They are heavily involved with the conservation of these magnificent birds. They are also have long term experience with captive breeding around the world. 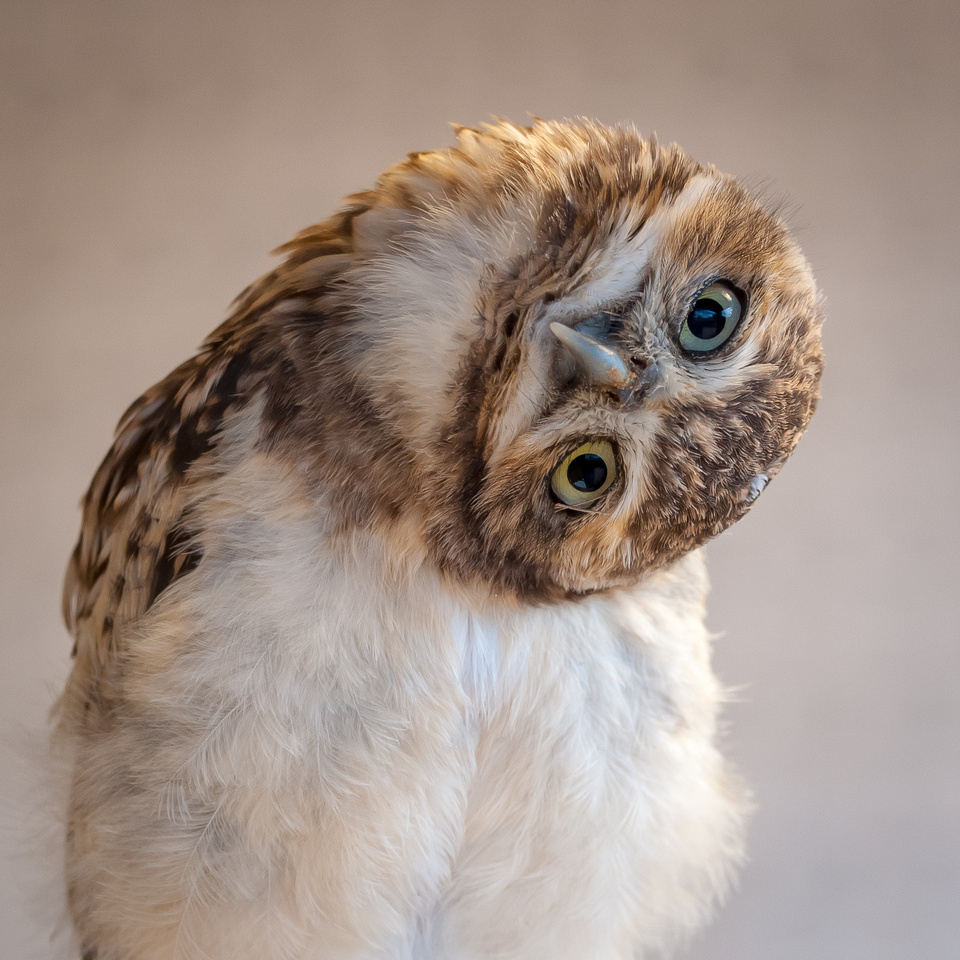 Burrowing owl at The International Centre for Birds of Prey.

Ural owl 'Bramley' in the snow at the ICBP.

On the theme of birds of prey and especially owls I went to photograph the Short-eared owls at Aust Warf. Aust is between the two Severn bridge on the England side of the river. I've been half a dozen times but the owls were quite distant. On my last visit the owls were very active mid-afternoon and came very close. I was initially using the 500mm lens with a 1.4x teleconverter (700mm focal length) but the converter soon came off! Had some great shots until a dog walker let his hound chase the owls off!! What is wrong with some people? 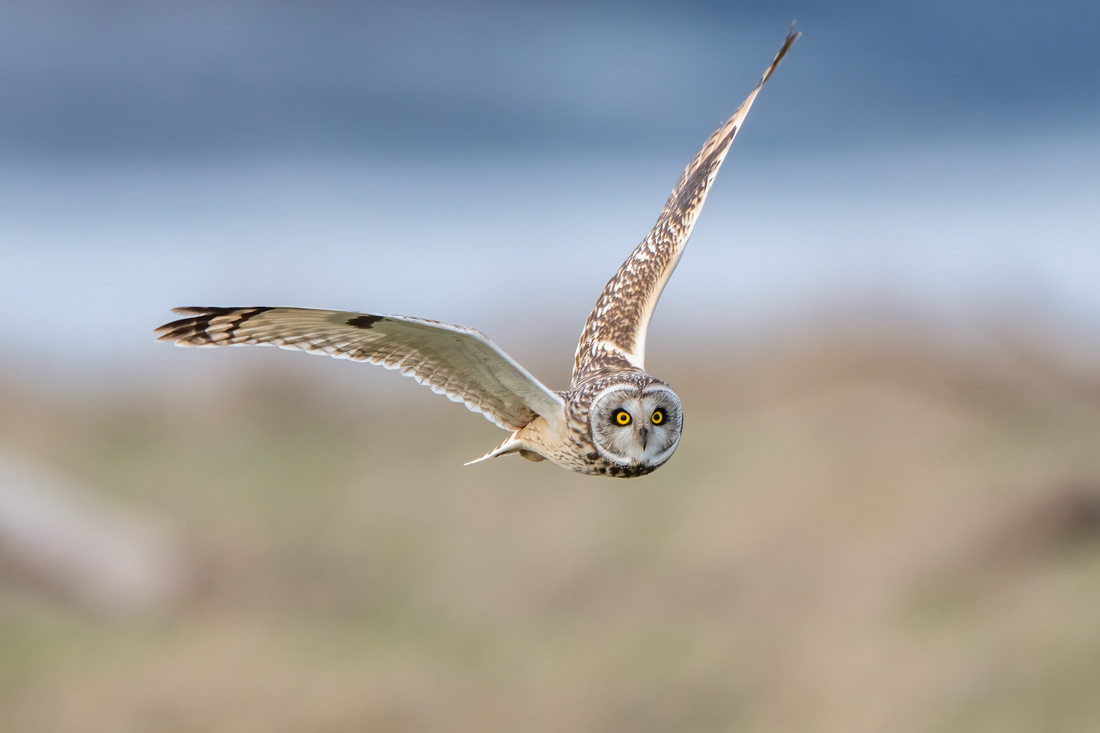 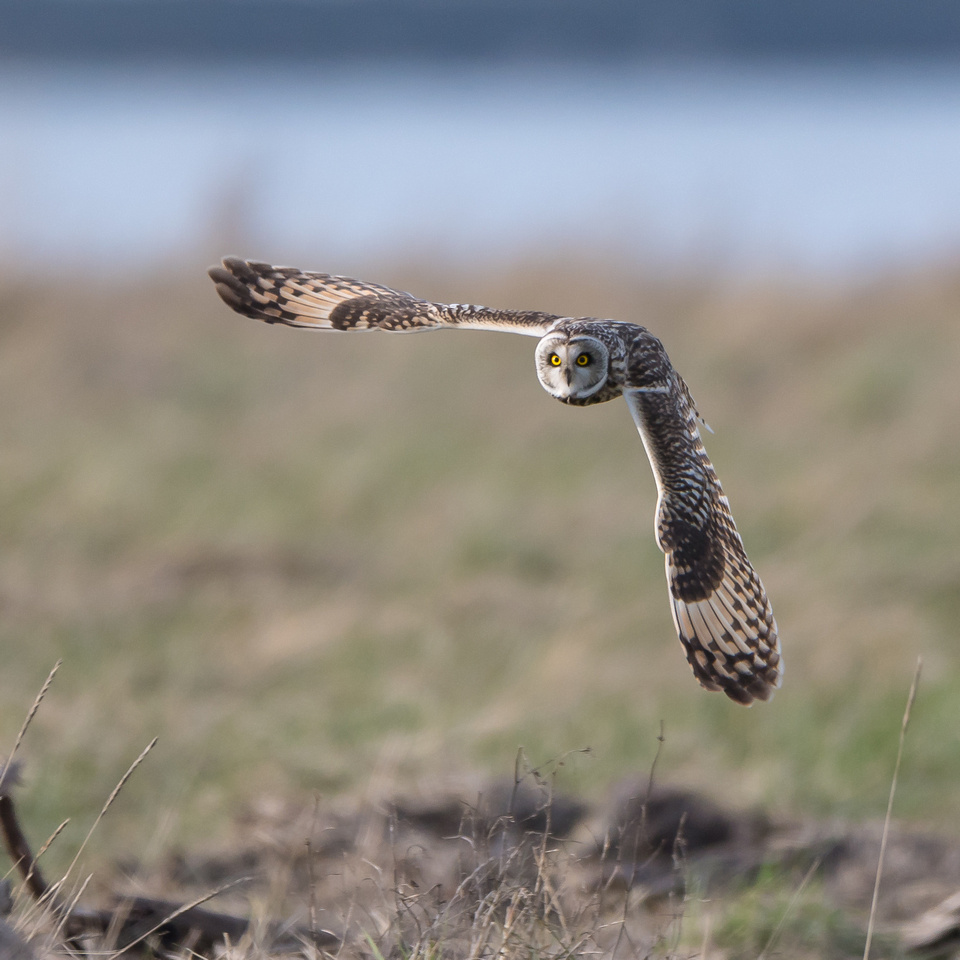 During the past week I paid a visit to my native Lancashire to visit family. I always make a point of visiting WWT Martin mere as this is where my love of wildlife photography started over 40 years ago. It is a great reserve where thousands of pink-footed geese, whooper swans, various ducks and waders visit during the winter months. From the hides great views of the raptors such as kestrel, Marsh harrier, Peregrines, Buzzards and even Barn owls. The latest hide is the Discovery hide where the daily feeds take place. Here you can get very close to the wildlfowl and waders who don't seem to mind lenses of all sizes pointing at them! As long as there is food around the birds will be there. Martin mere is the only place I now see tree sparrows in good numbers. They were house hunting when I visited so I guess Spring is just around the corner. I hope! 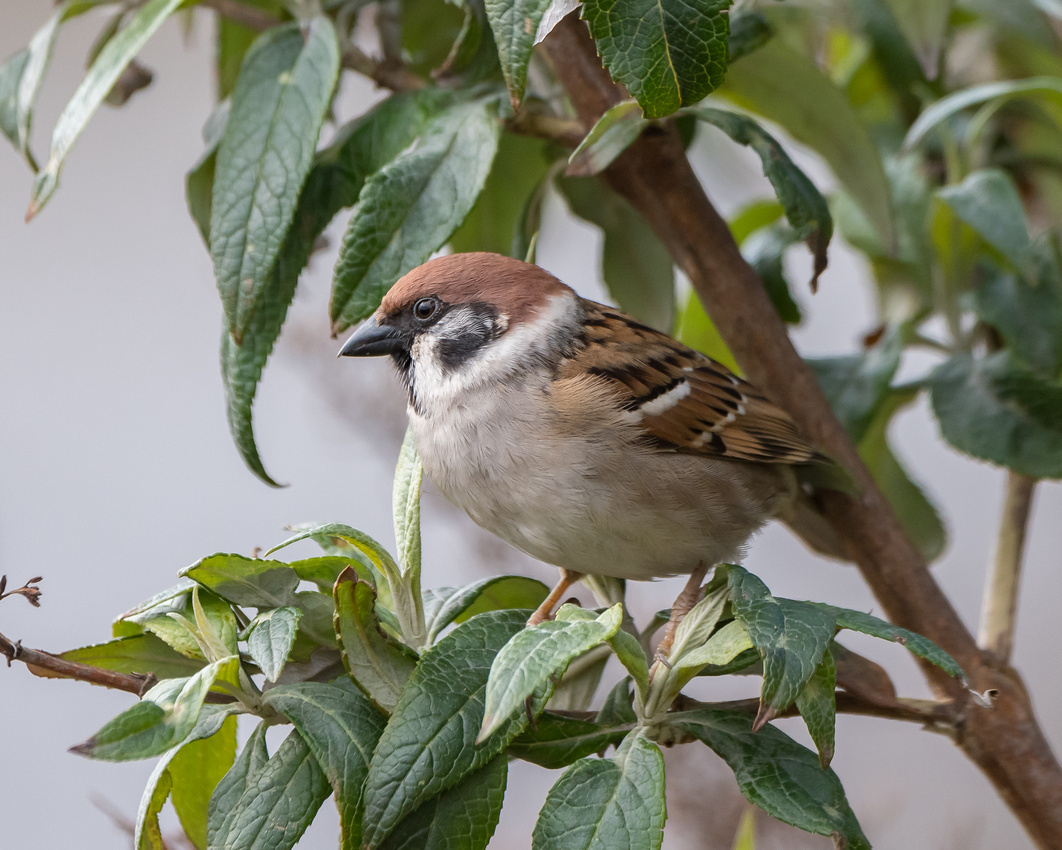 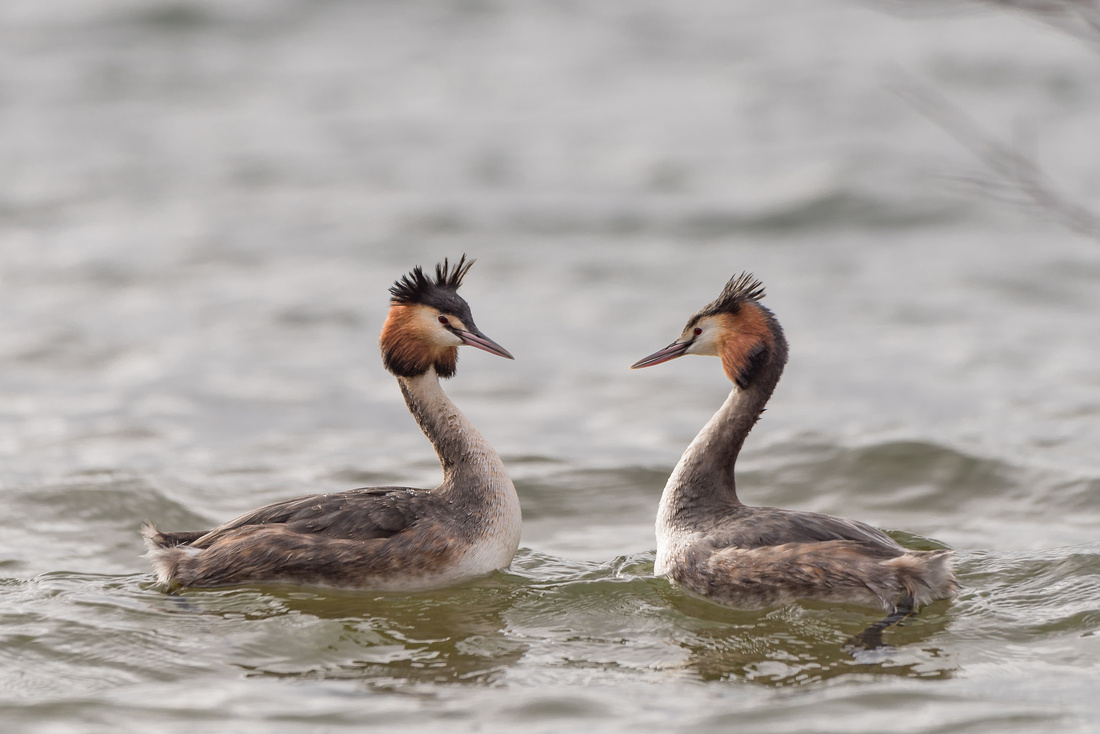 A pair of great crested grebes at Cosmeston lakes, Penarth.