Is it me or is everybody naffed off with this weather? Here in South Wales, it's either overcast or misty. Not the best conditions for photography.

I haven't ventured far these last few weeks, just visiting the usual haunts of Slimbridge wetland centre and Forest farm nature reserve near Cardiff. Last Wednesday I arrived at Slimbridge with good intentions and a good forecast predicted (which never happened!). Whilst waiting for the fog to lift I had propped my camera and lens on its monopod up against the hide, the next thing I heard was crunch! On the floor was a cracked camera body and the lens attachment was ripped off. ££££££ The air was blue as I cursed my stupidity. The lens was ok thank god and worked ok on my spare camera body. The next thing I did was order a Nikon D810 body! Damaging my camera was probably an omen. A rather expensive one! I was meaning to do this for a while since the introduction of the D850 the D810 prices have decreased slightly. Don't get me wrong the D500 is a good camera with amazing auto-focus and shutter speed but the D810 has amazing quality and resolution and the shutter is soooo quiet. So when my D500 returns from the Nikon hospital it will be relegated to the back-up body!

In all this unplanned extra expense I managed to photograph an elusive hawfinch at Forest farm nature reserve near Cardiff. There has been a big influx of these birds to the UK this year and are always great to see. They are probably making up for the lack of waxwings this winter. Last year was a 'bumper' year but not many have migrated over this year. 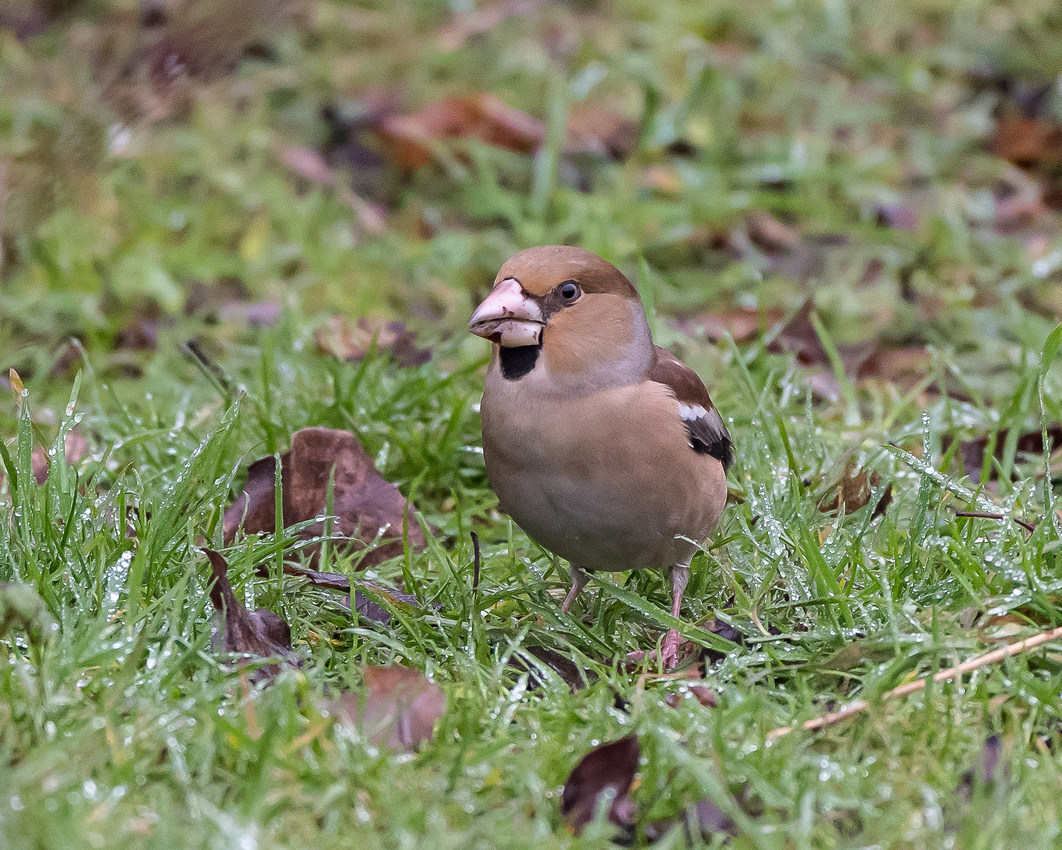 Hawfinch near the warden's office at Forest farm nature reserve.

This was probably the last photograph I took with my D500 before it was sent back to Nikon! In pieces!!

At the start of the week I was talking to a regular birder at Slimbridge of a sighting of a Great Northern diver just up the road at Sharpness marina, Gloucestershire. As I wasn't getting any worthwhile shots here I called in on the way home. Sure enough the bird was bobbing about on the marina lake battling the waves. It wasn't easy to get close to at first but then it started to dive for food. Whilst under the water I was able to get closer by moving a bit quicker than I normally do (a bit of a feeble attempt at jogging!) and dropping down low when it resurfaced. It worked-ish and got I some half decent record shots. I call my not-so-good photographs 'record shots'.). I'm my own worst critic! Lol. 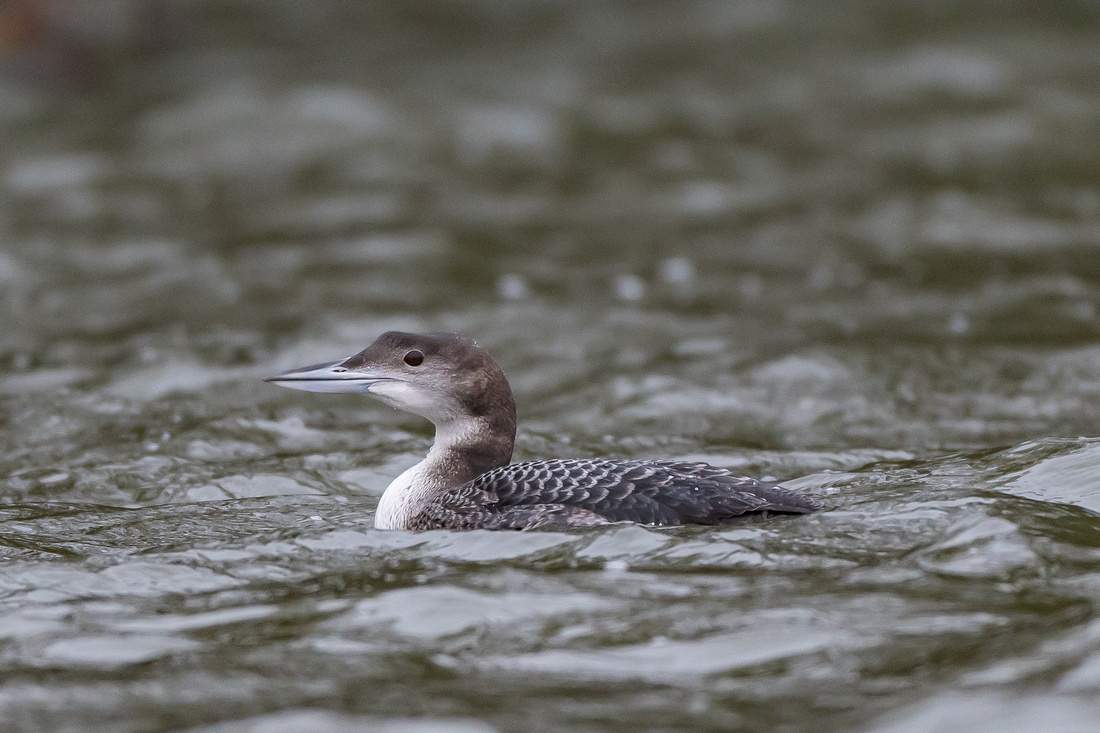 Today I called at Forest farm for a couple of hours to try out the Nikon D810. The lakes were frozen so the kingfishers wouldn't be playing but the jays were helping themselves to the peanuts I had brought. The grass was white with frost which made a great back drop for the jay shots. I'm really impressed with the 810. The quality of the shots are fantastic and there is plenty of resolution available if a shot is to be cropped. The big plus factor is how quiet the shutter is on this camera as opposed to the 'clunk' of the D500. I also tried it in QC (quiet continuous). Impressive stuff. I wish I'd bought this body ages ago. The 810 has a 5 fps which is plenty. I'm not one of these 'trigger happy' togs. One of of my best kingfisher flight shots was taken with 1 shot when I used to have a D800 which was even slower! 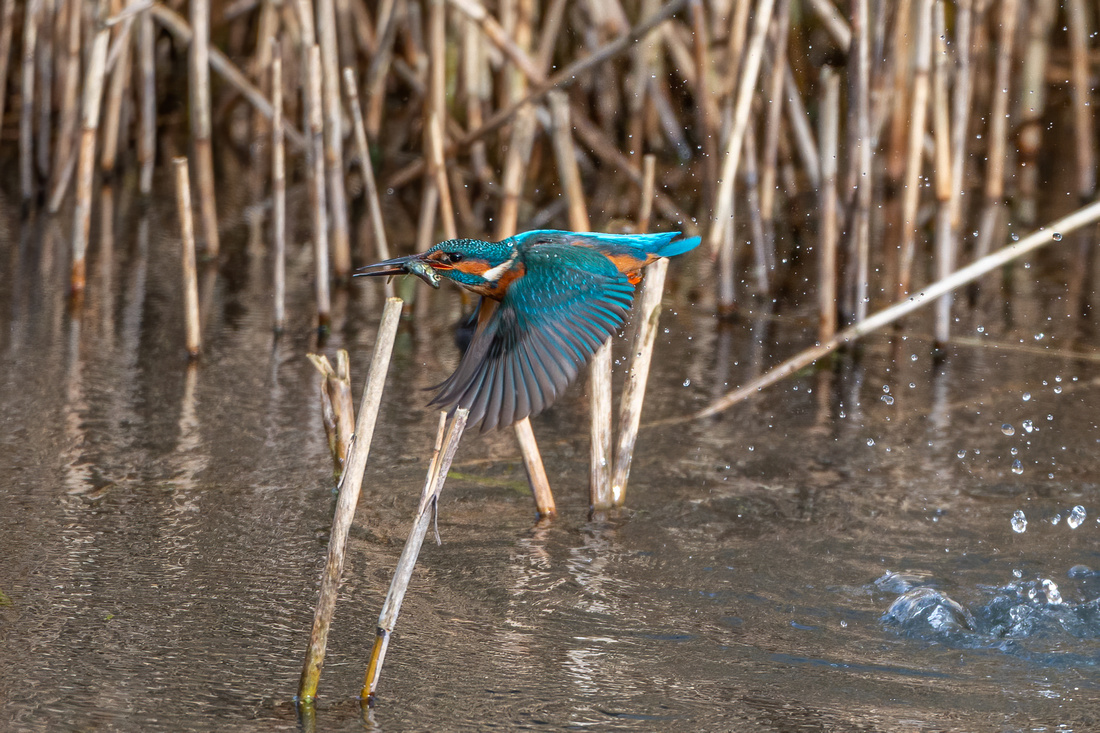 After a couple of hours at Forest farm I drove up to Gigrin farm in Mid-Wales. Gigrin is famous for being a red kite feeding station for the last 23 years! An amazing place I love visiting but today it was CLOSED!! More obscenities filled the air, I should have checked their website as they have limited opening times in winter. Whilst I was in the area I had a drive up Elan valley. A stunning place to visit especially in the Autumn. I took a few long exposure shots of the water flowing over the reservoir dams. An impressive sight. After nearly freezing to death I retreated to the visitor centre cafe for coffee and cake!

Thanks for reading my latest installment.